Bugs that kill trees in Colorado

Bugs Can Harm Trees In Colorado

Bugs that kill trees in Colorado

"We pride ourselves in getting to your tree removal job fast because we know it's important to you."

May to June: Ash Sawfly In Colorado, green larval worms feed on the leaves of Ash trees, sometimes defoliating the entire tree.

April to July: Crown Borer Will attack the lower trunk of Peach and Plum trees. Evidence of these pests comes in the form of oozing gummy sap . Can cause decline or death of tree.

April to July: Elm Bark Beetle The carrier of Dutch Elm Disease they destroy the tissue under the bark. American and English Elms can become infested.

March to Sept: Kermes Scale Heavy infestations cause "flagging", where the leaves on branch tips turn off-color, droop and often drop off.

June to July: Poplar Scale has only been found associated with aspen in Colorado. Infestations on aspen typically occur on the trunk and larger branches, which produce a characteristic bubbling symptom on bark. Decline and some death of aspen has been associated with this insect in Colorado with street trees and trees in poor sites particularly susceptible.

May to June: The Tussock Moth caterpillars are voracious eaters capable of defoliating entire forests.

April to Aug: Larvae of the Zimmerman pine moth damage trees by tunneling under the bark, making gouging wounds. Most injuries occur at branch crotches. 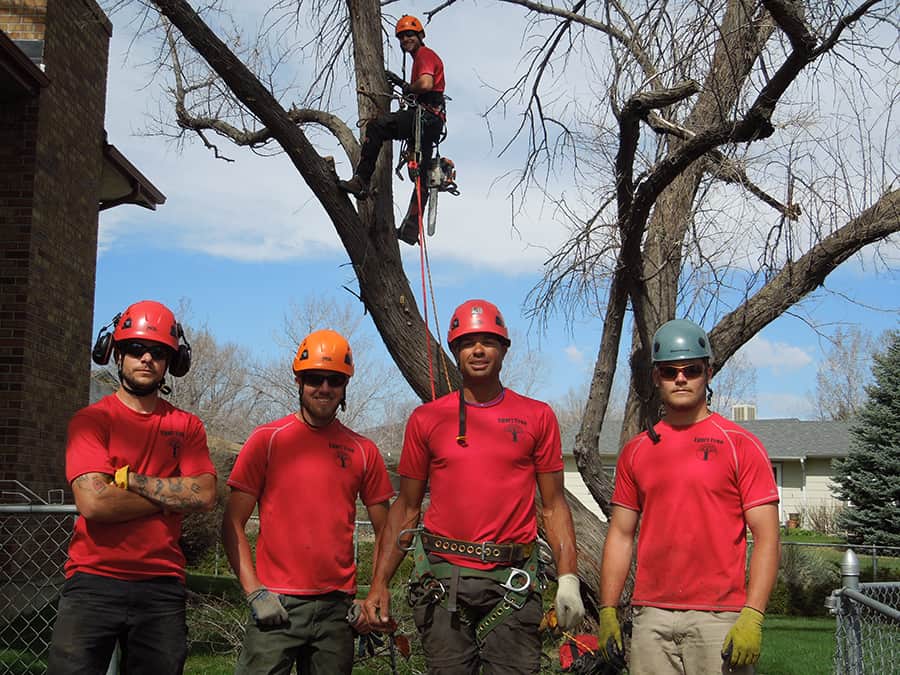 See some of our most popular areas for tree service in Colorado: